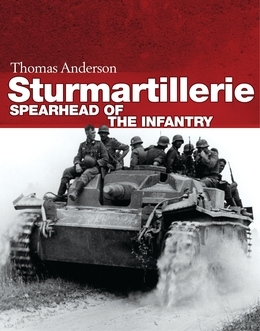 The Sturmartillerie was a key part of Germany's armoured arsenal throughout World War II. Its armoured assault guns were designed to support the artillery on the battlefield, largely using the purpose-built SturmgeschÃ¼tz infantry support gun.
This new and exhaustive study details the development and operational history of this innovative force, as well as describing how its role and the tactics it employed changed from the glory years of Blitzkrieg through to the desperate defence of the last years of the war. It also describes the technical development and evolution of the vehicles employed, and includes combat action reports and excerpts from interviews with veterans.