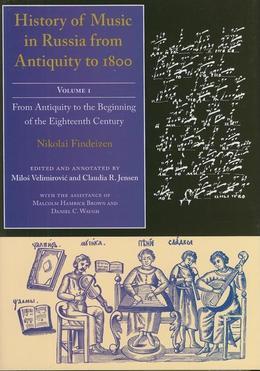 In its scope and command of primary sources and its generosity of scholarly inquiry, Nikolai Findeizen's monumental work, published in 1928 and 1929 in Soviet Russia, places the origins and development of music in Russia within the context of Russia's cultural and social history.

Volume 2 of Findeizen's landmark study surveys music in court life during the reigns of Elizabeth I and Catherine II, music in Russian domestic and public life in the second half of the 18th century, and the variety and vitality of Russian music at the end of the 18th century.