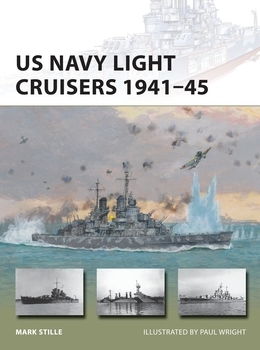 During World War II, the United States built 72 light cruisers of various classes. In response to the severe air threat that surface ships faced, new cruisers were designed with increasingly heavy antiaircraft weaponry as well as the traditional 6in guns. With the speed and range to keep up with aircraft carriers, and their considerable antiaircraft capability, they were a mainstay of the carrier escorts.
This book examines every US light cruiser produced, including those of the Fargo and Worcester classes, which were actually complete after World War II had ended, tracing their design, development and evolution throughout the war and beyond.