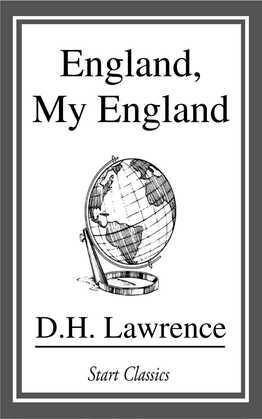 The son of a miner, the prolific novelist, poet, and travel writer David Herbert Lawrence was born in Eastwood, Nottinghamshire, in 1885. He attended Nottingham University and found employment as a schoolteacher. His first novel, The White Peacock, was published in 1911, the same year his beloved mother died and he quit teaching after contracting pneumonia. The next year Lawrence published Sons and Lovers and ran off to Germany with Frieda Weekley, his former tutor's wife. His masterpieces The Rainbow and Women in Love were completed in quick succession, but the first was suppressed as indecent and the second was not published until 1920. Lawrence's lyrical writings challenged convention, promoting a return to an ideal of nature where sex is seen as a sacrament. In 1928 Lawrence's final novel, Lady Chatterley's Lover, was banned in England and the United States for indecency. He died of tuberculosis in 1930 in Venice.