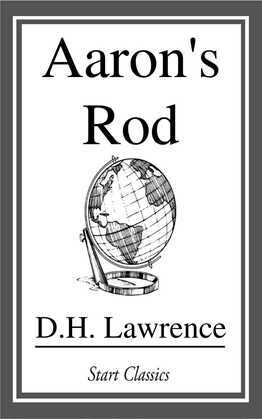 Written in the years following World War I and set in postwar England and Italy, Aaron's Rod questions many of the accepted social and political institutions of Lawrence's generation, and raises issues as valid for our own time as they were for his. The novel's hero is an Everyman who flees the destruction in England and his failing marriage and who, like Lawrence himself, becomes absorbed in discovering and understanding the nature of the political and religious ideologies that shaped western civilization.