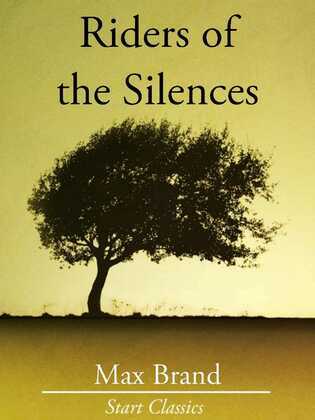 Riders of the Silences

The Great West, prior to the century's turn, abounded in legend. Stories were told of fabled gunmen whose bullets always magically found their mark, of mighty stallions whose tireless gallop rivaled the speed of the wind, of glorious women whose beauty stunned mind and heart. But nowhere in the vast spread of the mountain-desert country was there a greater legend told than the story of Red Pierre and the phantom gunfighter, McGurk. These two men of the wilderness, so unalike, of widely-differing backgrounds, had in common a single trait: each was unbeatable. Fate brought them clashing together, thunder to thunder, lightning to lightning. They were destined to meet at the crossroads of a long, long trail ... a trail which began in the northern wastes of Canada and led, finally, to a deadly confrontation in the mountains of the Far West.