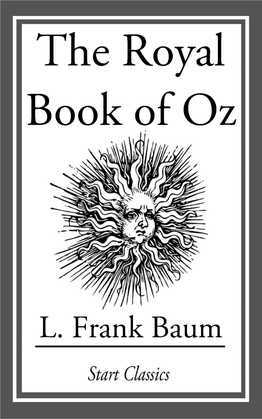 The Royal Book of Oz

The Royal Book of Oz is the fifteenth in the series of Oz books, and the first to be written by Ruth Plumly Thompson after L. Frank Baum's death. Although Baum was credited as the author, it was written entirely by Thompson. Beginning in the 1980s, some editions have correctly credited Thompson, although the cover of the 2001 edition by Dover Publications credits only Baum. The Scarecrow is upset when Professor Woggle-bug tells him that he has no family, so he goes back to the corn-field where Dorothy Gale found him to trace his "roots." Dorothy and the Cowardly Lion search for him, eventually meeting with a knight, Sir Hokus, the Doubtful Dromedary and the Comfortable Camel. In this novel the Scarecrow discovers that, in a previous incarnation, he was human. To be precise, the Scarecrow was the King of the Silver Islands, a quasi-Chinese kingdom located underground beneath the Munchkin region of Oz. When Dorothy first discovered the Scarecrow (in The Wonderful Wizard of Oz) he was hanging from a scarecrow-pole in a cornfield; it now develops that this pole descended deep underground to the Silver Islands, where it penetrated the king's grave. After spending some time in his former kingdom among the Silver Islanders, the Scarecrow decides to return to Oz and continue his current existence. The Royal Book of Oz acknowledges that an Oz character can die.