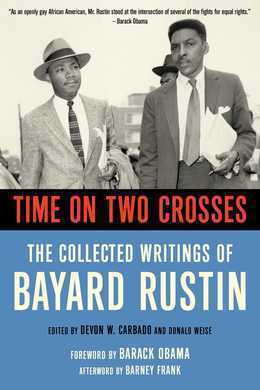 Long before the March on Washington, Rustin's leadership placed him at the vanguard of social protest. His gay identity, however, became a point of contention with the movement, with the controversy embroiling even King himself.

Time on Two Crosses offers an insider's view of many of the defining political moments of our time. From Gandhi's impact on African Americans, white supremacists in Congress, and the assassination of Malcolm X to Rustin's never-before-published essays on Louis Farrakhan, affirmative action, and the call for gay rights, Time on Two Crosses chronicles five decades of Rustin's commitment to justice and equality.