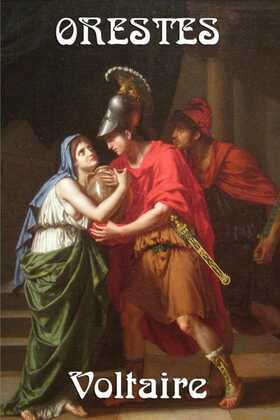 Orestes was produced in 1750, an experiment which intensely interested the literary world and the public. In his Dedicatory Letters to the Duchess of Maine, Voltaire has the following passage on the Greek drama: "We should not, I acknowledge, endeavor to imitate what is weak and defective in the ancients: it is most probable that their faults were well known to their contemporaries. I am satisfied, Madam, that the wits of Athens condemned, as well as you, some of those repetitions, and some declamations with which Sophocles has loaded his Electra: they must have observed that he had not dived deep enough into the human heart. I will moreover fairly confess, that there are beauties peculiar not only to the Greek language, but to the climate, to manners and times, which it would be ridiculous to transplant hither. Therefore I have not copied exactly the Electra of Sophocles-much more I knew would be necessary; but I have taken, as well as I could, all the spirit and substance of it."