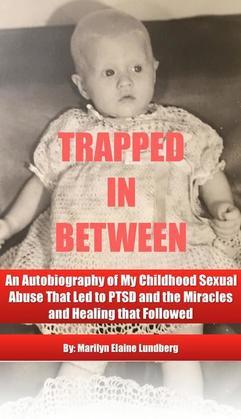 An inspirational true story of my life as an only child; and my HEALING from years of sexual abuse, anxiety, major depression, suicidal thoughts, multiple personalities, panic attacks, agoraphobia, PTSD, and essential tremor.

Did you know that there are over 99 different after-effects of sexual abuse?

I dealt with approximately 75% of those after-effects throughout my life.

I have carefully outlined and detailed the keys and tools I used to unlock all the trauma.

The first symptom that grabbed me was fear, when I was under age five. I became shy and withdrawn and only wanted to wrap my arms around my mothers legs and hide in her full skirt. Sucking my thumb was my only comfort when I was alone. Unfortunately, sucking my thumb caused buck teeth that brought on bullying and taunting by the other kids in the neighborhood and in school.

The bullying and taunting made me want to be invisible. The shyness was so extreme that I didn't want to raise my hand in school even when I knew the answer because I would blush and then the teasing from other kids followed. The night terrors began in the fifth grade which included a big black bear which would chase me every night and devour me.

The urge to be invisible brought on suicidal thoughts in junior high which I knew was wrong but life was just too hard. I obsessively worried about any social interaction especially going to school. I lived for Fridays which would give me at least two days rest. However, the worry returned Saturday night and was with me all Sunday thinking about Monday and returning to school again.

Life as a teenager was difficult at home because Mom was displaying odd behaviors. She believed that people were watching her through the television and heat ducts. I wanted to help my mom but I didn't know how. Dad was my buddy.

In the tenth grade an extreme explosion happened inside of me in the school lunchroom . I later learned that the correct terminology was panic attack. I rarely took lunches again around other people for fear of another panic attack.

Finally I gathered all my courage together and sought help. After many unsuccessful sessions with doctors and counselors, I found one who actually helped me. He taught me tools and tips to deal with all my present issues. The healing didn't start until repressed memories revealed themselves to me at the age of 37. Confronting my abusers started me on a path of true healing.

Today I live a life filled with Peace and Joy and Happiness, and I want everyone that has ever suffered from trauma to feel the way I do now.