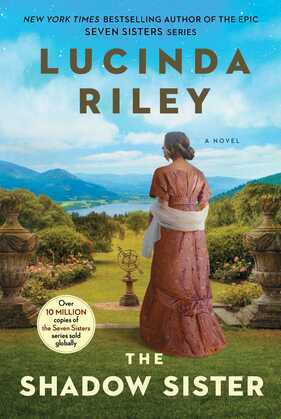 “Riley’s engaging and mesmerizing story of self-discovery and love...can be perfectly read as a stand-alone. This book will appeal to readers of Edwardian novels and Jane Austen-style fiction.” ?Library Journal (starred review)

“[Lucinda Riley] is a master of plotting…This substantial book is a surprisingly quick and easy read, with engaging characters, a tantalizing glimpse of Edwardian society, and dual storylines that are inventive and intriguing.” ?Historical Novel Society

In this spellbinding novel, two independent women?separated by a hundred years but linked by forces larger than themselves?discover the secrets of their birth in the spellbinding third book of an epic series by New York Times bestselling author Lucinda Riley

Star D’Aplièse is at a crossroads in her life after the sudden death of her beloved father?the elusive billionaire, affectionately called Pa Salt by his six daughters, all adopted from across the four corners of the world. He has left each of them a clue to their true heritage, and Star’s clue leads her to an antiquarian bookshop in London, and the start of a new journey.

A hundred years earlier, headstrong and independent Flora MacNichol vows she will never marry. She is happy in her home in England’s picturesque Lake District?just a stone’s throw away from her childhood idol, Beatrix Potter. But when circumstances carry her to London, and into the home of one of Edwardian England’s most notorious society hostesses, Alice Keppel, she finds herself a pawn in a larger game; forced to choose between passionate love and duty to her family. That is, until a meeting with a mysterious gentleman reveals answers Flora has been searching for…

Star’s voyage of discovery takes her deep into Flora’s remarkable story, and into her own past. But the more she uncovers, the more Star begins to question herself, and her place in the world.

Ideal for fans of Downton Abbey and the historical fiction of Kate Morton and Kristin Hannah, The Shadow Sister is the “perfect curl-up-in-an-armchair read” (Daily Mail) for anyone who wants to travel through the lush English countryside and explore the lives and loves of the British aristocracy.