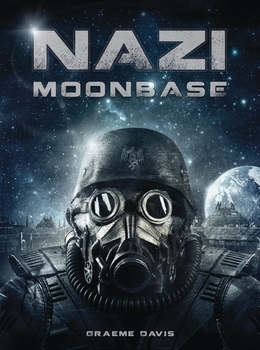 In the dying days of World War II, Nazi Germany spent increasingly large amounts of its dwindling manufacturing capability on the construction of a small fleet of flying saucers capable of travel beyond the atmosphere. While these saucers were too few in number to affect the eventual outcome of the war, they did allow for a small, but fanatical Nazi group to escape Germany, first to Antarctica, and then on to the moon!

For the first time, the history of the Nazi space program has been revealed - with a focus on the design, construction, and layout of the moonbase. Using detailed maps, the entire moonbase is reconstructed, noting the locations of various important features, such as weapon emplacements, the Vril generator, the air recyclers and water extractors. The book also covers the various attempt by the allies to overcome this last Nazi stronghold through both subterfuge and outright battle.