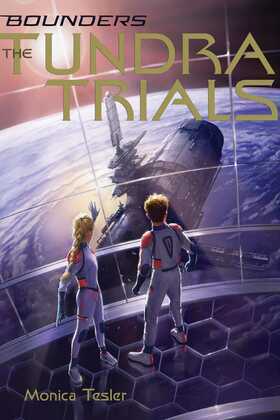 In this action-packed second novel in the Bounders series?perfect for fans of Michael Vey and The Unwanteds?Jasper and his friends travel to the distant planet of Gulaga to participate in the Tundra Trials.

After discovering that Earth Force is waging a covert alien war, Jasper and his friends return to space and continue their training. This time, Earth Force brings them to the remote planet of Gulaga, where the cadets compete in the Tundra Trials: a grueling pod race across the planet’s frigid landscape.

But when their pod leader asks Jasper and Mira to secretly test a dangerous new technology that will take their Bounder abilities to the next level, the kids begin to suspect that there are rifts within Earth Force. The worst part? Jasper must keep the truth from everyone?even his own pod mates.

When Earth Force prepares for an attack on the aliens, the kids are tasked with a treacherous mission. With their loyalties torn, will Jasper and his friends once again fulfill their duty and fight for their planet? And if they do, will the secret tech work as planned or lead their enemies to their doorstep?