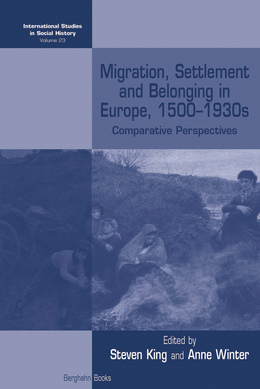 The issues around settlement, belonging, and poor relief have for too long been understood largely from the perspective of England and Wales. This volume offers a pan-European survey that encompasses Switzerland, Prussia, Belgium, the Netherlands, and Britain. It explores how the conception of belonging changed over time and space from the 1500s onwards, how communities dealt with the welfare expectations of an increasingly mobile population that migrated both within and between states, the welfare rights that were attached to those who "belonged," and how ordinary people secured access to welfare resources. What emerged was a sophisticated European settlement system, which on the one hand structured itself to limit the claims of the poor, and yet on the other was peculiarly sensitive to their demands and negotiations.