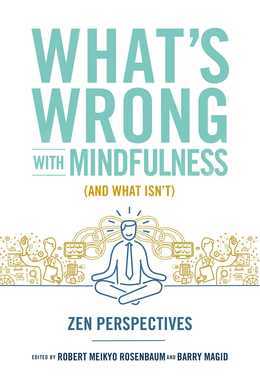 What's Wrong with Mindfulness (And What Isn't)

Mindfulness seems to be everywhere—but are we sure that's a good thing? Teachers Sallie Jiko Tisdale, Gil Fronsdal, Norman Fischer, and more explain how removing mindfulness from Buddhism may set a dangerous precedent.

Mindfulness is in fashion. Oprah loves it, Google teaches it to employees—it has become widespread as a cure-all for stress, health problems and psychological difficulties, interpersonal trouble, and existential anxiety.

However, when its proponents try to make it more accessible by severing it from its Buddhist roots, they run the risk of leeching mindfulness of its transformative power. Taught outside of its ethical and spiritual context it becomes a mere means to an end, rather than a way of life. Mindfulness is in danger of being co-opted into the spiritual equivalent of fast food: “McMindfulness.” Instead of being better people, we just become better employees, better consumers. The Zen teachers gathered here ask a bold question: Is universal mindfulness really a good thing?

Ranging from thoughtful critiques to personal accounts of integrating mindfulness into daily life, each chapter offers insights to ground mindfulness in a deeper understanding of both where it comes from, and where it might be headed.