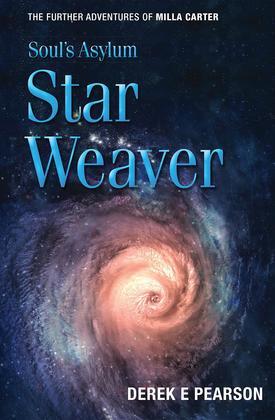 THE SUN newspaper, Soul’s Asylum: “ Is a weird, vivid and creepy book, not for the faint hearted. But it’s originality and top writing make for a great read ****.”

SURREY LIFE magazine: "Pearson is the possessor of an extraordinary imagination that brilliantly assaults every variant of the sci-fi genre."

Hovering over the inky shadows of London’s crevassed streets a patrol drone discovers the body of a woman, and the signature MO – she’s been garrotted with a cheese wire and scalped – is that of a notorious serial killer. But this time the sensuous Milla Carter is incapable of luring the target, who turns out to be telepath opaque. In need of reinforcements, she joins the telepath sisterhood in their fight against members of the Earth’s Senate – until, they learn that a deadly alien Swarm is closing in on the outer fringes of space.