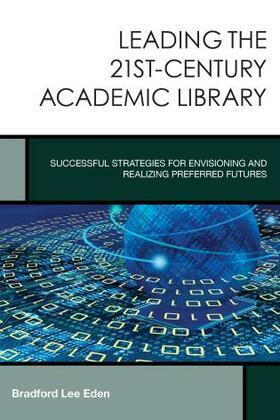 Libraries of all types have undergone significant developments in the last few decades. The rate of change in the academic library, a presence for decades now, has been increasing in the first decade of this century. It is no exaggeration to claim that it is undergoing a top to bottom redefinition. Cataloging and reference remain central to its new role, and the circulation of books is still high though declining. Among the changes is the architecture of the library: when new libraries replace old or where renovation is occurring; the role of technology at every stage and in every library application; the management of serials – selection, shelving and budgeting; and in a gradual but irrevocable move to digital forms, altered allocation of resources including larger portions of the budget diverted to preservation, not only of aging books, a theme in the latter part of the last century, but of digital files – cultural, historical, personal.

In brief, the academic library is dramatically different today than it was only ten years ago. And with it, the profession of the academic librarian is also undergoing significant changes. Managing digital resources in all its forms, from telecommunications to storage and access devices, is central to its new roles. Creating, curating and preserving digital information is also key to the new librarianship. And what about services to its clients? Here also we see dramatic change, particularly but not exclusively with guiding library users in the effective use of networked knowledge. Information literacy is a key term and skill in using the new tools of digital literacy: reading and writing, searching and extracting; and the new technologies that drive social networking – the Iphone, Ipad, and Ipod and its many imitators.

We can’t expect the redefined academic library to assume its final shape any time soon, if ever, but the transformation is well underway. This series: Creating the 21st-Century Academic Library, will explore this topic from a number of different perspectives. Volume 1, Visionary Leadership and Futures, will begin the discussion by examining some of the new roles and directions academic libraries are taking.