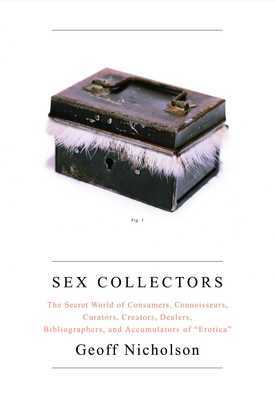 Though you might not encounter the subject in Artforum or stumble across it at Sotheby's, the thriving business of erotica is a mixture of sophistication and seduction, an underground world of eccentric artists and serious collectors.

In Sex Collectors, Geoff Nicholson hunts down an assortment of these obsessives around the world. From the Florida grandma with five million dollars' worth of sexual collectibles to Third Eye Blind's manager, who owns more than eighty thousand men's magazines, Nicholson celebrates these collectors and the occasionally beautiful, frequently bizarre, and always fascinating objects they have amassed.