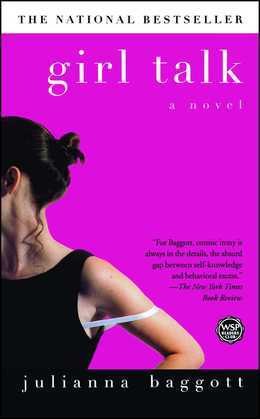 Lissy Jablonski was fifteen during the summer of 1985. That was the summer her father, a soft-spoken, seemingly passionless gynecologist, up and left her mother for a redheaded bank teller. The same summer Lissy and her mother disappeared from their quiet New Hampshire lives to have an adventure of their own amid a cast of unlikely characters, including a Valium-addicted ex-debutante and a suspected mobster. The summer the reliably comforting "girl talks" with her mother began to reveal startling secrets. It was also the summer that Lissy's mother would ever after refer to as "the summer that never happened."
Now an almost-thirty-years-old advertising executive in Manhattan, faced with her father's imminent death and newly pregnant by her married ex-lover, an unmoored Lissy finds herself looking back across the years. Contending with her affections for an old boyfriend and his doomed marriage to a Korean stripper named Kitty Hawk, as well as the tangible legacies of that unmentionable summer with her mother, she realizes that she has become more like her mother than she ever could have imagined.
In her debut novel, acclaimed short-story writer and poet Julianna Baggott has woven a precise, smartly comic, and compassionate tale of discovery and desire. With a lyrical sensibility, Baggott reminds us -- through the witty and unsparingly realistic voice of her narrator, Lissy -- of the pleasures and sorrows that can come from the most unreasonable realities of the heart.