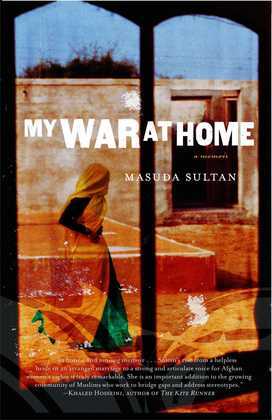 My War at Home

Born in Kandahar in 1978, Sultan fled to the United States at age five with her family. Raised in Brooklyn and Flushing, Queens, Sultan saw her life change when she was married by arrangement at the young age of seventeen to a virtual stranger fourteen years her senior -- a marriage she struggled to maintain and then hastily fought, eventually (after three years) being granted a divorce. This very divorce would become one of the first in her close-knit Afgan community, where the subject is considered rare and taboo.

My War at Home is her memoir of self-discovery, family tradition, and life as a Muslim and feminist with political ideals. It speaks to the younger generation of Muslims in America as they struggle to resolve the ever-present inner conflict about what it means to be an American and a Muslim, while also examining the Muslim-American identity at both personal and political levels.