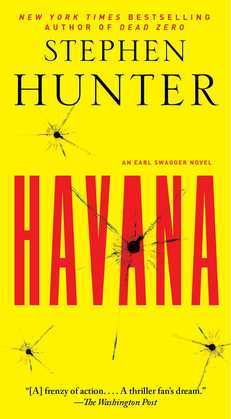 The Mafia-run casinos are rolling, and it's just a 30-minute flight from Miami to a world of vice, gambling, sex, and drugs. The money is there for anyone who knows how to get it, including the Cuban government and the police, who want to keep their ally Uncle Sam happy. There's only one threat to this corrupt utopia: a silver-tongued, daring young revolutionary named Fidel Castro. With the Cold War underway, the Soviet Union has sent a sophisticated veteran agent to find and support the young upstart. To counter, the CIA has summoned Medal of Honor-winning ex-marine Sergeant Earl Swagger, whose heroic exploits have earned him the reputation of a man who doesn't know how to lose. But he's not just going to find Castro...

He's going to kill him.