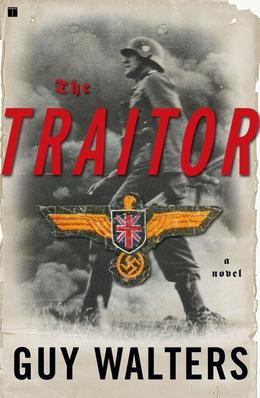 There was something powerful about it, something magnetic. He had witnessed the effect of such uniforms in the newsreels; now he was about to wear one. But this SS uniform -- the uniform proudly worn by so many maniacs and murderers -- bore a Union Jack...It was an insult to King and Country.

In November 1943 the Nazis capture British secret agent John Lockhart while he is on a Resistance mission to German-occupied Crete. They give him a stark choice: betray his country or die.
In a decision some might consider treason and moral folly, Lockhart acts out of love and strikes a bargain with his captors: in return for his wife, who is interned in a concentration camp, he will change sides. But he is stunned to learn that his mission is to lead the British Free Corps, a clandestine unit of the SS composed of British fascists and renegades culled from POW camps. Aware that he, like them, will be branded a traitor, Lockhart seeks to redeem himself by destroying a terrifying secret weapon that threatens to change the course of history.