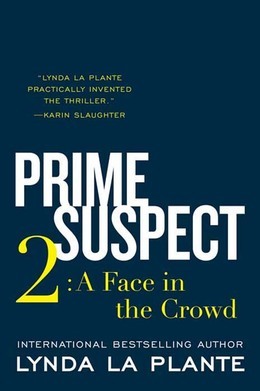 Prime Suspect 2: A Face in the Crowd

The fast-paced follow up to Lynda La Plante’s first Prime Suspect thriller, Prime Suspect 2: A Face in the Crowd, reunites readers with Detective Chief Inspector Jane Tennison as she hunts down a mysterious killer hidden amidst London’s dark streets and dockways.

The coroner’s report identifies the body as young, black, female, and impossibly anonymous. Yet one thing is clear to Detective Tennison about the latest victim discovered in one of London’s poorest districts—that news of her murder will tear apart a city already crackling with racial tensions, hurling Scotland Yard and Tennison herself into a maelstrom of shocking accusations and sudden, wrenching violence.

Even as London’s brutal killer remains at large, Tennison remains locked in a struggle to overcome her station house’s brutal chauvinism and insidious politicking. And as the department’s deeply rooted racism rears its head to overshadow every facet of her new investigation, the trail of her prime suspect is growing colder. Worse, when the details of the beleaguered detective’s stormy personal life explode across the headlines of London’s sleaziest tabloids, Tennison’s already frenzied determination to bring the killer to justice will be catapulted into obsession—one that could send her spiraling over the edge.