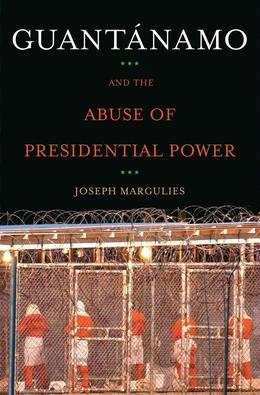 Guantanamo and the Abuse of Presidential Power

In his address to the nation on September 20, 2001, President Bush declared war on terrorism and set in motion a detention policy unlike any we have ever seen. Since then, the United States has seized thousands of people from around the globe, setting off a firestorm of controversy. Guantanamo and the Abuse of Presidential Power explores that policy and the intense debates that have followed.

Written by an expert on the subject, one of the lawyers who fought -- and won -- the right for prisoners to have judicial review, this important book will be of immense interest to liberals and conservatives alike. With shocking facts and firsthand accounts, Margulies takes readers deep into the Guantánamo Bay prison, into the interrogation rooms and secret cells where hundreds of men and boys have been designated "enemy combatants." Held without legal process, they have been consigned to live out their days in isolation until the Bush administration sees fit to release them -- if itever does. Margulies warns Americans to be especially concerned by the administration's assertion that the Presidentcan have unlimited and unchecked legal authority.

Tracing the arguments on both sides of the debate, this vitally important book paints a portrait of a country divided, on the brink of ethical collapse, where the loss of personal freedoms is under greater threat than ever before.