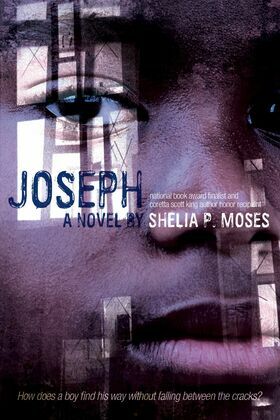 For Joseph Flood, life is tough. Tough because of Mama's addiction to drugs and alcohol. Tough because Daddy is away with the army fighting in Iraq. Tough because it looks like there's no way out once you're living in a homeless shelter in a North Carolina ghetto neighborhood. And tough because Joseph is enrolled in yet another new school where he doesn't know anyone and has to keep what's going on in his life a secret.

Joseph struggles to keep Mama clean and to hold their broken family together while trying to make new friends and join the school tennis team. Can a boy who's only fifteen years old win his daily battle to survive?

Joseph is a powerful and moving story from the author of National Book Award finalist The Legend of Buddy Bush that looks at what it really takes for a boy to begin to become a man.