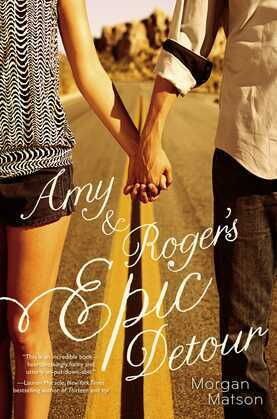 There were three things Amy Curry didn’t expect out of senior year. First: her father’s death. Second: her mother’s decision to relocate to the East Coast. Third: Roger Sullivan.

After her father’s sudden death, Amy’s mom has decided to start anew?in Connecticut, just before the start of senior year. And she’s decided that it’ll be Amy’s job to get the car from California to Connecticut.

The only problem? Amy hasn’t gotten behind the wheel since the car accident that took her father’s life.

Enter Roger, a family friend, tasked by his mother to help Amy drive across the country. Amy’s not pleased to be driving across the country with a boy she barely knows, but as Amy gets lost on her cross-country adventure, she must confront the past she’s running from, come to terms with the grief of losing a parent, and learn how to open her heart in order to find herself again.