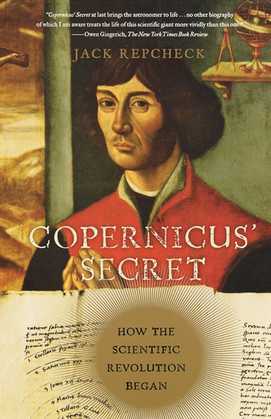 Nicolaus Copernicus gave the world perhaps the most important scientific insight of the modern age, the theory that the earth and the other planets revolve around the sun. He was also the first to proclaim that the earth rotates on its axis once every twenty-four hours. His theory was truly radical: during his lifetime nearly everyone believed that a perfectly still earth rested in the middle of the cosmos, where all the heavenly bodies revolved around it.

One of the transcendent geniuses of the early Renaissance, Copernicus was also a flawed and conflicted person. A cleric who lived during the tumultuous years of the early Reformation, he may have been sympathetic to the teachings of the Lutherans. Although he had taken a vow of celibacy, he kept at least one mistress. Supremely confident intellectually, he hesitated to disseminate his work among other scholars. It fact, he kept his astronomical work a secret, revealing it to only a few intimates, and the manuscript containing his revolutionary theory, which he refined for at least twenty years, remained "hidden among my things."

It is unlikely that Copernicus' masterwork would ever have been published if not for a young mathematics professor named Georg Joachim Rheticus. He had heard of Copernicus' ideas, and with his imagination on fire he journeyed hundreds of miles to a land where, as a Lutheran, he was forbidden to travel. Rheticus' meeting with Copernicus in a small cathedral town in northern Poland proved to be one of the most important encounters in history.

Copernicus' Secret recreates the life and world of the scientific genius whose work revolutionized astronomy and altered our understanding of our place in the world. It tells the surprising, little-known story behind the dawn of the scientific age.