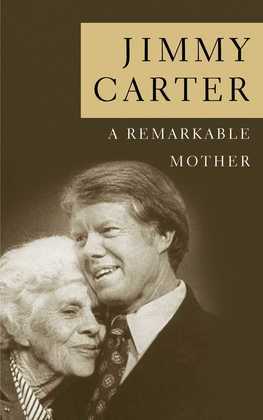 A Remarkable Mother is President Carter's loving, admiring, wry homage to Miss Lillian Carter, who championed the underdog always, even when her son was president.

A registered nurse, pecan grower, university housemother, Peace Corps volunteer, public speaker, and renowned raconteur, Miss Lillian ignored the mores and prejudices of the racially segregated South of the Great Depression years. She was an avid supporter of the Brooklyn Dodgers (because she happened to attend the first major league baseball game in which Jackie Robinson, from Cairo, Georgia, played), was a favored guest on television talk shows (usually able to "steal the microphone" from hosts such as Johnny Carson and Walter Cronkite), and an important role model for the nation.
Jimmy Carter's mother emerges from this portrait as redoubtable, generous, and forward-looking. He ascribes to her the inspiration for his own life's work of commitment and faith.