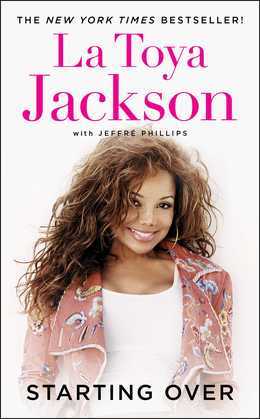 La Toya Jackson was always closer to Michael than anyone knew. In this heartfelt memoir, she pays tribute to his tortured soul--revealing the intimate moments she shared with the deeply troubled pop legend. The first sibling to arrive at the hospital after Michael was rushed there, and the informant on his death certificate, La Toya noticed suspicious details and demanded a second autopsy. For the first time, she unveils shocking behind-the-scenes dealings that she believes led to her brother's death, and she provides unprecedented insight into the destruction of one of the most dynamic artist/performers in history.

In an account sure to send shock waves around the globe, La Toya sheds new light on the dynamics of the Jackson family and the curtain of secrecy and intrigue that has surrounded her brother Michael, and the rest of the Jackson children, since they became stars in the '60s and '70s. She explains her estrangement from-- and gradual reconciliation with--one of America's most famous and close-knit families.

Like Michael, La Toya experienced an upbringing that made her vulnerable to exploitation, and her own journey led to hell and back at the hands of her former manager and husband, Jack Gordon. Sharing with honesty and an open heart some of the most painful episodes of her life story, La Toya reveals how anyone--regardless of fame, fortune, or status--can be trapped in a cycle of abuse, and how she was able to find the courage to rebuild her shattered sense of self, her career, and her relationship with her family, and to finally break free.

This tale will touch the hearts of the millions who are fans of the Jackson family's music as well as those who have ever shared a special relationship with a sibling. Not just the story of the world's most renowned family, this memoir will inspire anyone who feels as if their life has fallen apart and there's nowhere to go, unless they too can learn to truly start over. . .