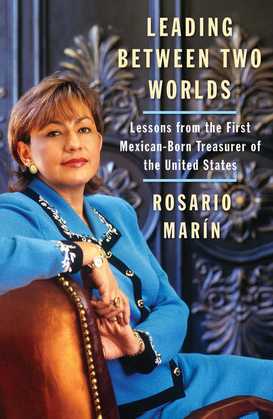 "The American Dream is the fundamental story of this country, and my life is a grateful reflection of its reality."

When Rosario was fourteen years old she moved from Mexico to California with no grasp of the English language and few resources. She has since become a trailblazer in every sense: from becoming the first in her family to graduate from college to having her signature appear on the U.S. dollar bill as the treasurer of the United States, and the first Latina in California to run for the U.S. Senate.

Leading Between Two Worlds is the story of this incredible journey. Rosario exposes her most personal secrets and impressive achievements as she divulges what she has sacrificed and what she has gained in politics. She takes us through a deeply felt betrayal, her struggle through depression, the creation of her family, her devotion to advocating for the rights of people with disabilities, and her joyous return to Mexico. Rosario's story is the story of every immigrant who -- in the face of unbelievable adversity -- seeks to make it in the United States. Her journey is one of tragedy and triumph, one from which readers will draw inspiration.