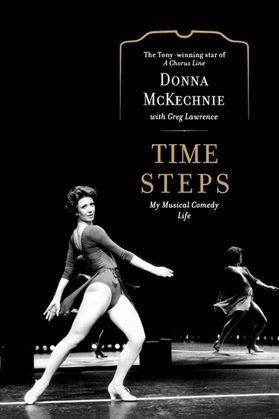 A poignant and revealing memoir from a legendary entertainer.

Donna McKechnie began her love affair with dance as a child in Detroit. At fifteen, she ran away from home to join a touring dance troupe, and in 1961, she was cast in the Broadway smash hit How to Succeed in Business Without Really Trying. She soon won acclaim as Michael Bennett's show-stopping muse in Promises, Promises and Company. In 1975, with her Tony-winning performance in Michael Bennett's masterpiece, A Chorus Line, McKechnie vaulted to stardom as a unique Broadway "triple threat" who could do it all -- dance, sing, and act.

Moving among the circles of artists, dancers, and musicians who inspired and challenged her in myriad ways, McKechnie writes about the trajectory of her career as it intertwined with and influenced her personal life and the lives of those around her. Recounting her dazzling career, McKechnie also reveals the dark side of fame: from her parents' troubled relationship to a searing account of her own marriage to Michael Bennett and her inspiring triumphs over depression and the rheumatoid arthritis that nearly ended her career. With affectionate reminiscences of Bob Fosse, Gwen Verdon, Stephen Sondheim, Fred Astaire, and many other well-known friends, McKechnie exhibits all the warmth, sensitivity, and verve that have endeared her to legions of fans over the years.

Filled with behind-the-scenes stories and anecdotes, Time Steps is a candid, funny, and deeply personal memoir by a vivacious woman with an indomitable spirit and an illustrious, ongoing career.