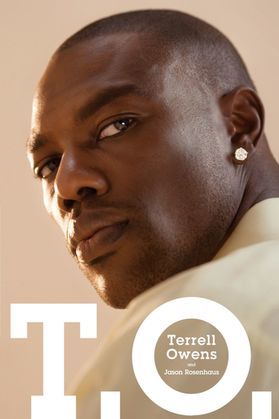 In this remarkably candid book, the NFL's most colorful and controversial athlete tells his own Philadelphia story.

Terrell Owens joined the Philadelphia Eagles for the 2004 season hoping to help the Eagles win the Super Bowl. The Eagles almost did it, losing a close game to the New England Patriots. TO expected to have a long and productive career in Philadelphia. But less than halfway through the 2005 season it all fell apart. TO was suspended, first for a game, then for the season, as the Eagles blamed him for a variety of infractions.

Now TO speaks out about what really happened in Philadelphia. He takes readers behind the scenes -- and into the huddle -- to show how he was unfairly blamed for conduct detrimental to his team. After setting an Eagles record for touchdown receptions, TO was badly injured late in the 2004 season. Most observers thought his season was over. But TO put himself through a grueling rehab, which he describes here, to recover in time to join his teammates in the Super Bowl, turning in a remarkable performance. Convinced that the Eagles could win it all in 2005, TO became only the sixth receiver in NFL history with 100 touchdown receptions. He explains in T.O. how and why his relationship with Eagles quarterback Donovan McNabb deteriorated. The situation worsened when TO agreed with Michael Irvin that the Eagles would be better off with Brett Favre as their quarterback. A fight in the team locker room, where an injured TO had to defend himself, caused further friction. Before long he was suspended from the team for the entire season. TO contested his suspension and took his case before an arbitrator. In this book TO brings readers into the hearing room and shows how unfair the arbitrator's precedent-setting decision really was. The decision was so wrong that even the NFL agreed to pass a rule specifically reversing it.

But T.O. is a story of triumph and dedication. TO never lost his commitment to the game, and whenever he had the chance, he performed like the sensational athlete he is. He knew he would play again, and his faith was rewarded when he signed a three-year, $25 million contract with the Dallas Cowboys prior to the 2006 season. Throughout his ordeal, TO remained true to himself, the same outsized personality who has rocked the NFL and become a football superstar.