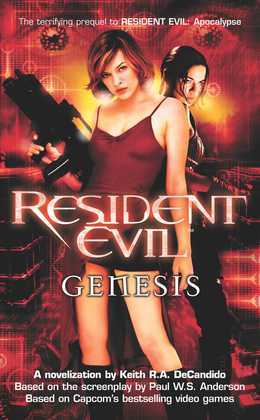 The Hive: a subterranean genetic research facility owned and operated by Umbrella, an immensely powerful corporation with interests in everything from human longevity to biowarfare. With computerized defenses and heavily armed human backup, the Hive is impregnable and invulnerable. Or so Umbrella believes.
But something has gone fatally wrong. The Hive has lost containment of its most lethal and horrific creation: a virus that kills and reanimates human life, reducing the entire facility staff of five hundred men and women to mindless creatures with a single driving force -- hunger. And the key to stopping them rests with one young woman who cannot even remember who she is.