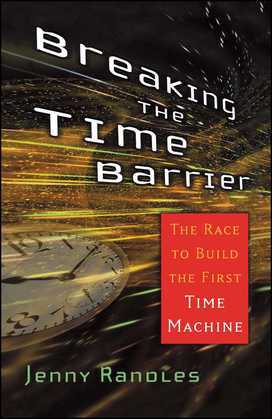 IT WAS ONLY A MATTER OF TIME....
Once widely considered an impossibility--the stuff of science fiction novels--time travel may finally be achieved in the twenty-first century. In Breaking the Time Barrier, bestselling author Jenny Randles reveals the nature of recent, breakthrough experiments that are turning this fantasy into reality.
The race to build the first time machine is a fascinating saga that began about a century ago, when scientists such as Marconi and Edison and Einstein carried out research aimed at producing a working time machine. Today, physicists are conducting remarkable experiments that involve slowing the passage of information, freezing light, and breaking the speed of light--and thus the time barrier. In the 1960s we had the "space race." Today, there is a "time race" involving an underground community of working scientists who are increasingly convinced that a time machine of some sort is finally possible.
Here, Randles explores the often riveting motives of the people involved in this quest (including a host of sincere, if sometimes misguided amateurs), the consequences for society should time travel become a part of everyday life, and what evidence might indicate that it has already become reality. For, if time travel is going to happen--and some Russian scientists already claim to have achieved it in a lab--then its effects may already be apparent.