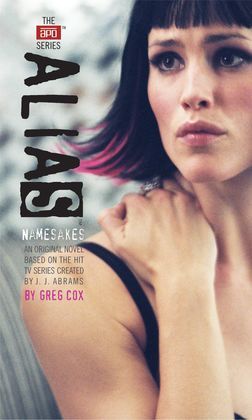 What's in a name? Apparently everything.

A killer is targeting women in the Los Angeles area who share a name with Sydney Bristow's former aliases. Sydney wants the case, but she's already hot on the heels of a terrorist armed with a secret formula for a super-explosive.

While Sydney and Dixon try to prevent the terrorist from creating a man-made tsunami aimed at the United States, Weiss and Nadia are tasked with catching the Alias Killer. Jack and Vaughn quietly embark on their own investigation into the alias killings and begin to suspect that the murderer may be an ex-coworker resentful of Sydney for shutting down the shadow organization SD-6 years ago.

As Sydney struggles to stay focused and stop a ruthless man with mass destruction on his mind, she can't help but wonder, Will APO find the Alias Killer before another one of my unsuspecting namesakes pays the price?