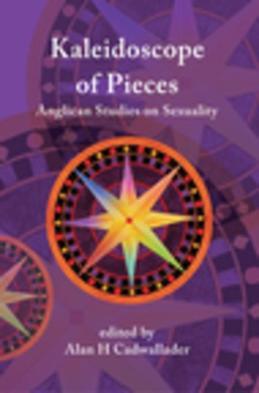 A Kaleidoscope of Pieces: Anglican Essays on Sexuality, Ecclesiology and Theology

"There has been considerable debate in recent years in the Anglican Church of Australia about issues of sexual diversity. To this end, two collections of essays have been published. The first, Five Uneasy Pieces, addressed the texts that have frequently been used to argue against the legitimacy of homosexual expression within Christian life and leadership. The book demonstrated clearly that the texts that have been interpreted to slam gay and lesbian people are in fact misused, with little or no regard either for ancient context or for contemporary hermeneutics. However, as all biblical liberationist projects have demonstrated, it is not enough to invalidate oppressive uses of selected texts. The obligation is to establish Scripture’s hospitable inclusion of those who have been subjected to such oppression. This is more than a generalized divine invitation to the world; it requires a retrieval of those texts that actively embrace gays and lesbians. Hence, a second collection followed, Pieces of Ease and Grace. This collection broke significant new ground in the way the Bible can contribute to contemporary debates. The collection utilized a range of methodologies and unlocked authentic, significant and original readings that restored the Bible to a pastoral and transformative support for those whose self-identification was not shaped by heterosexual normativity.

However, the project has raised significant issues for wider theological analysis, as well as calling for general theological reflection that can address historical, systematic and ecclesial concerns for supportive, inclusive recognition of those who identify as and with gay and lesbian people of faith. A third volume is therefore prepared focusing theological analysis for the benefit of reflection in the Anglican Church and beyond. Given recent developments in Ireland and the potential repercussions in Australian politics, it is clear that the Church needs to harness its thinking and its actions in relation to its place within society."