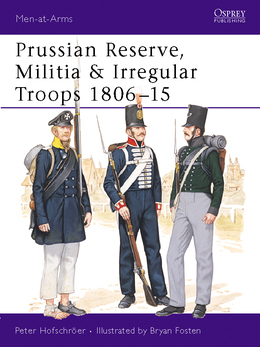 Irregular, semi-regular and reserve formations comprised a substantial part of the armed forces at the disposal of the Prussian Army throughout the Napoleonic Wars, particularly during the campaigns of the Wars of Liberation, 1813-15. The scale of the uprising of 1813 required the mobilization of all available forces and the utilization of all available equipment, and meant that the Prussian Army of the Wars of Liberation was very much a patchwork affair. This book examines and illustrates the reservists (or Kruemper), the Freikorps and foreign units, and the militia who fought in the Prussian Army.