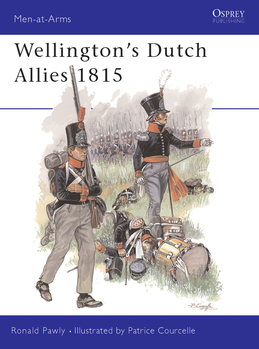 The forces commanded by the Duke of Wellington at Quatre-Bras and Waterloo included two infantry divisions and three cavalry brigades of the newly unified ('Dutch-Belgian') army of the Kingdom of the Netherlands, mostly led by veteran officers who had served under Napoleon. The part played by these troops particularly in holding the vital crossroads of Quatre-Bras, at the insistence of their own commanders has often been unjustly dismissed by British commentators. In this book the history, organisation, uniforms and battle record of the Dutch units of this army are explained and illustrated in detail by two experienced researchers in Continental archives, and illustrated with many rare portraits as well as meticulous colour plates.