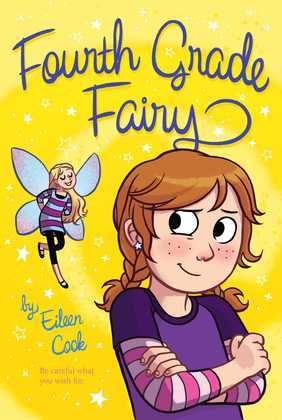 All Willow Doyle wants is to be normal, to fit in at her new school, and to have a best friend. But there's no way Willow will ever be normal. There isn't anything normal about her or the Doyle family.

Willow comes from a long line of fairy godmothers and she's expected to be one too when the time comes. (At the moment she's merely sprite status.) Maybe that would be cool if it were like the old days when the humans -- known as humdrums -- knew fairy godmothers existed and the fairies didn't have to keep their fairy status secret. Now they're stuck helping humans who don't even believe in them. Rather than help normals, Willow would rather be human. She's sick of being weird.

When she's given the chance to attend a humdrum elementary school for two weeks, this is Willow's chance to finally experience a normal life -- but will she be able to fit in? And can she find her best friend there, even if her parents discourage making friends with humans?