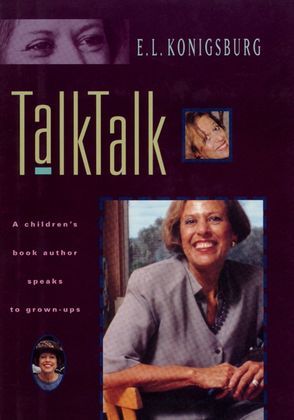 In TalkTalk E. L. Konigsburg presents a selection of speeches she has given over a period of 25 years. In her introduction to the first speech, and to the book as a whole, she explains:

I have given these talks in cafetoriums, auditoriums, and the public rooms of Holiday Inns. Even though I have not always been on a stage when addressing an audience, I have tried to set the stage. Between talk and talk, I have written passages connecting the speeches to the time in which they were written and to one another. And that is TalkTalk."

Always a thought-provoking speaker, she has chosen nine speeches that capture the essence of her years as a writer for children. When brought together, they enrich one another and provide a chance to look back at what children's books have been, to observe where they are now and to offer an insightful look at what books may continue to mean to children in the years to come. Written by an outstanding author, these speeches, individually and together, represent a vision of the need for books and the role books have played and should continue to play in the lives of children.