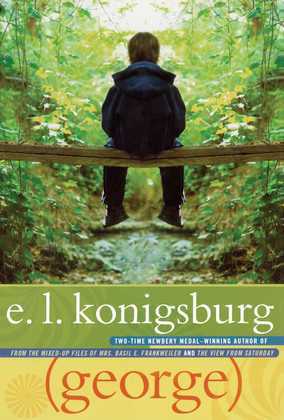 Only Howard Carr and his older brother, Ben, can answer that question, because only they know about George. George is the funny little man who lives inside Ben, helping him (mostly) navigate life as a sixth grader who happens to be a scientific genius and who happens to be studying organic chemistry with students much older than he.

One of those students is William Hazlitt, a senior who has been Ben's lab partner in previous years. William's interest in chemistry has taken a troubling turn, and Ben has a plan to come to his rescue. And that's when things get complicated -- for Howard, for Ben, and for George.