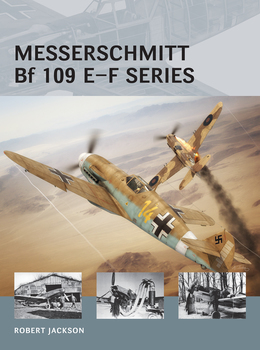 The Messerschmitt Bf 109 was one of the truly world class piston-engined fighters of World War II. This reputation rests largely with the E and F variants, which bore the brunt of the Luftwaffe's most important operations in World War II and shot down tens of thousands of Allied aircraft in the Battle of Britain, the Blitzkriegs across Europe and on the Eastern Front. This volume looks at the design and development history of these formidable warplanes, with a meticulous technical focus to reveal why the types were so effective. It explores the long process of tweaks to the E variant, and solutions to the many initial technical problems with the F, and how this development helped Willy Messerschmitt's promising Bf 109 design mature and fulfil its potential.