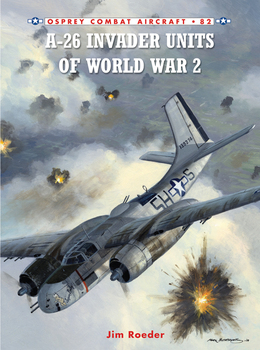 Designed to combine the bombing capability of the B-26 Marauder with the versatility of the ground-attack A-20 Havoc, the A-26 Invader would become the USAAF's attack bomber par excellence. Capable of flying low-level strafing or conventional bombing missions by simply changing the nose configuration of the aircraft, the Invader first saw action in 1943 in the Pacific Theatre attacking Japanese-held islands. Arriving in Europe several months later, the A-26 served with distinction for the remainder of World War 2. In fact, the design proved so successful that it would go on to fly combat missions for a further two decades. Written by military aviation expert, Jerry Scutts, and illustrated with brand-new colour profiles and rare photography, this is the first book to focus exclusively on the A-26's missions in World War 2.