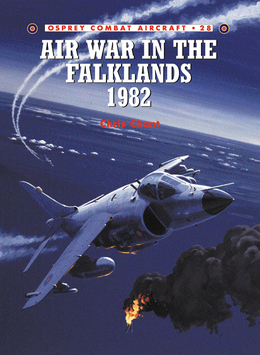 The war fought between the United Kingdom and Argentina in 1982, for the possession of the Falkland Islands was probably the last 'colonial' war that will ever be undertaken by the British. This book shows how the key to British success was the speed with which the British gained and then maintained air superiority over the islands and the waters around then with their small force of Sea Harrier STOVL warplanes, which operated from two aircraft carriers. Though subsonic, the Sea Harrier and its Sidewinder AAM were a combination altogether superior to Argentina's mix of supersonic and subsonic warplanes with older weapons, and this advantage was emphasised by the significantly greater tactical acuity of the British pilots. The Argentine pilots fought with considerable piloting skill and enormous courage, and scored a number of stunning successes against British warships, but ultimately they could not prevent the British landing and the following land campaign that resulted in complete Argentine defeat.