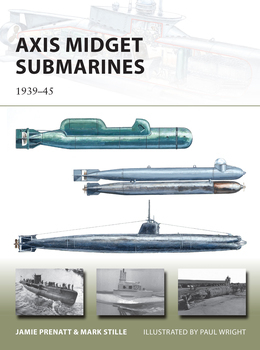 During World War II, Germany, Japan, and Italy built approximately 2,000 small, inherently stealthy, naval craft to perform special operations and conventional naval missions. Much more numerous and more technically advanced than their Allied counterparts, they saw service worldwide, operating in the Pacific, Mediterranean, Black Sea, Indian Ocean, North Sea, and the English channel. Manned by courageous crews, these vessels made daring attacks on Allied ships in heavily protected anchorages using torpedoes and mines. Most notable were attacks against Gibraltar Â? launched from an Italian cargo vessel interred in nearby neutral Spain that had been converted into a clandestine support base and equipped with an underwater hatch Â? and Pearl Harbor. They were used against shipping in coastal waters and, near the end of the war, in desperate attempts to offset their opponents' overwhelming naval superiority during the US advance across the Pacific and the Allied amphibious landings in France and Italy. This volume will detail the history, weapons, and operations of German, Japanese, and Italian midget submarines.