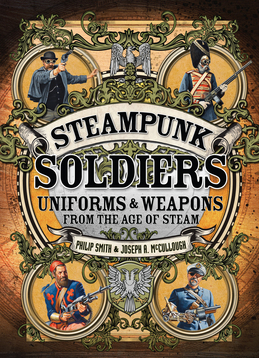 Between 1887 and 1895, the British art student Miles Vandercroft travelled around the world, sketching and painting the soldiers of the countries through which he passed. In this age of dramatic technological advancement, Vandercroft was fascinated by how the rise of steam technology at the start of the American Civil War had transformed warfare and the role of the fighting man. This volume collects all of Vandercroft's surviving paintings, along with his associated commentary on the specific military units he encountered. It is a unique pictorial guide to the last great era of bright and colourful uniforms, as well as an important historical study of the variety of steam-powered weaponry and equipment that abounded in the days before the Great War of the Worlds.