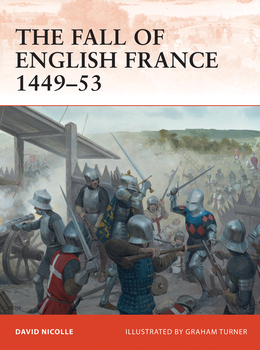 Despite the great English victories at CrÃ©cy, Poitiers and Agincourt, the French eventually triumphed in the Hundred Years War. This book examines the last campaign of the war, covering the great battles at Formigny in 1450 and Castillon in 1453, both of which hold an interesting place in military history. The battle of Fornigny saw French cavalry defeat English archers in a reverse of those earlier English victories, while Castillon became the first great success for gunpowder artillery in fixed positions. Finally, the book explains how the seemingly unmartial King Charles VII of France all but drove the English into the sea, succeeding where so many of his predecessors had failed.