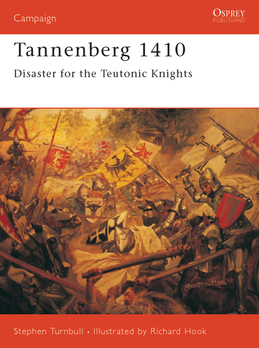 By 1400 the long running conflict between the Order of Teutonic Knights and Poland and Lithuania was coming to a head, partly as a result of the Order's meddling in the internal politics of its neighbours. In June 1410 King Wladislaw Jagiello of Poland invaded the Order's territory with a powerful allied army including all the enemies of the Teutonic Knights Â? Poles, Lithuanians, Russians, Bohemians, Hungarians, Tartars and Cossacks. This book recounts how, when the armies clashed on the wooded, rolling hills near the small village of Tannenberg, the Teutonic Knights suffered a disastrous defeat from which their Order never recovered.