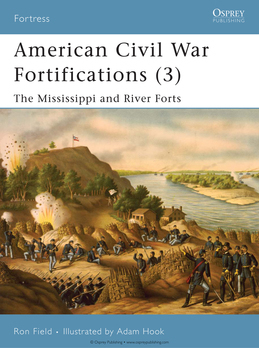 The Mississippi River played a decisive role in the American Civil War. The Confederate fortifications that controlled the lower Mississippi valley were put to the test in the lengthy Federal campaign of 1862-63. Vicksburg was a fortress city, known as the 'Gibraltar of the Confederacy', whose capture was seen as the key to victory in the war. This book explores the fortifications of the river valley, focusing on Vicksburg and its defences which boasted a network of forts, rifle pits and cannon embrasures surrounding the city, a well as examining the strengths and weaknesses of the fortifications when under siege. Also examined are numerous other fortified strongholds, including New Orleans, Port Hudson, New Madrid, and forts Henry and Donelson, all lavishly illustrated with full-colour artwork and cutaways.