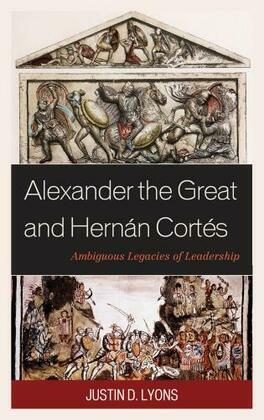 Alexander the Great and Hernán Cortés

This is a biographical pairing of two of the greatest conquerors in human history, drawing its inspiration from Plutarch’s Parallel Lives. Like Plutarch, the purpose of the pairing is not primarily historical. While Plutarch covers the history of each of the lives he chronicles, he also emphasizes questions of character and the larger lessons of politics to be derived from the deeds he recounts. The book provides a narrative account both of Alexander’s conquest of the Persian Empire and Cortés’s conquest of the Aztec Empire while reflecting on the larger questions that emerge from each. The campaign narratives are followed by essays devoted to leadership and command that seek to recover the treasures of the Plutarchian approach shaped by moral and political philosophy. Analysis of leadership style and abilities is joined with assessment of character. Special emphasis is given to the speeches provided in historical sources and meditation on rhetorical successes and failures in maintaining the morale and willing service of their men.